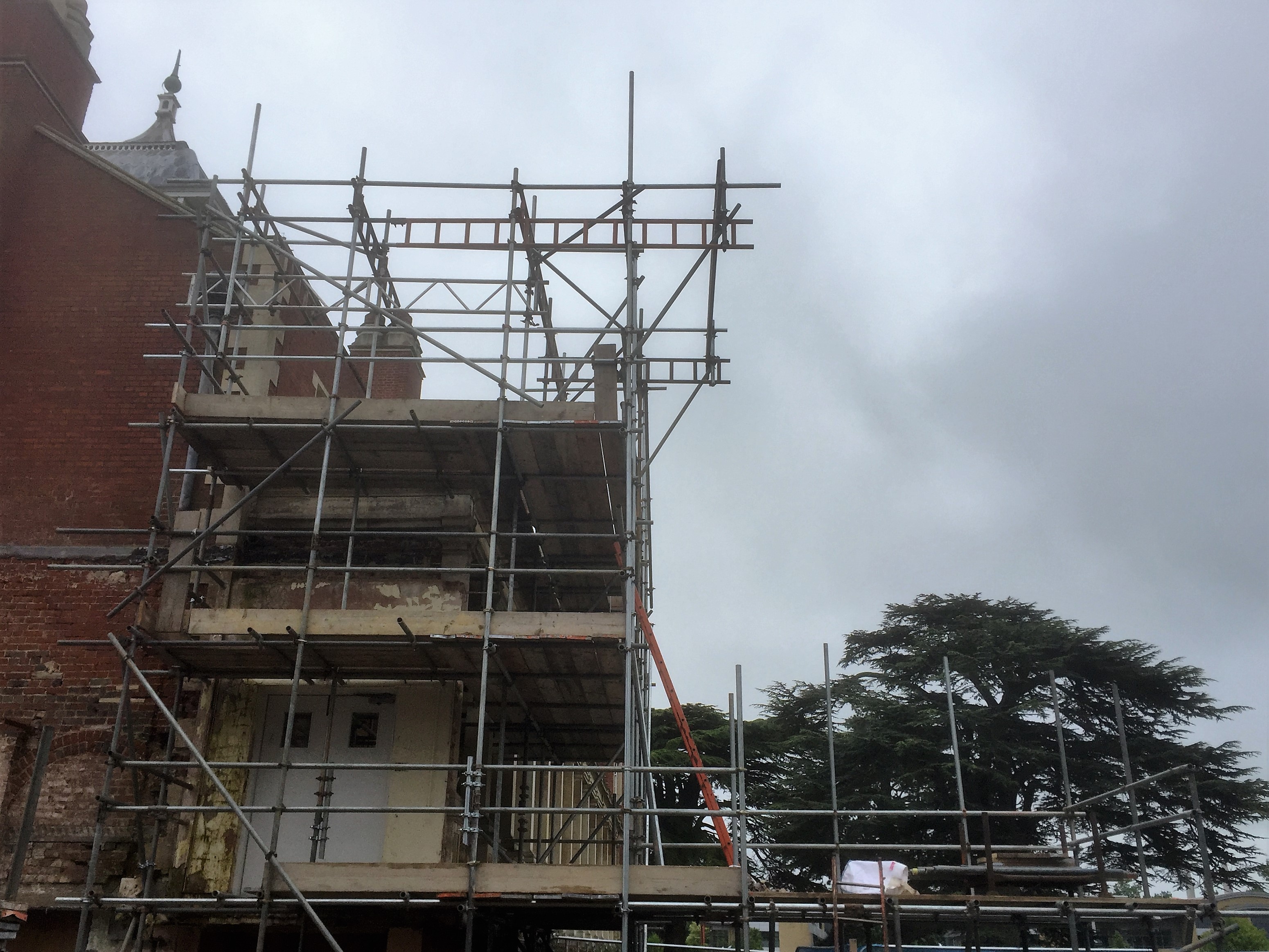 Listed as Badburgham in the Domesday Book of 1086, the village's name means "homestead or village of a woman called Beaduburh". Babraham Hall was established in the 16th century as a private residence when Sir Horatio Palavicino, a wealthy Italian, became the owner of Babraham Hall during the reign of Elizabeth I. He showed great business acumen and was a spymaster for Elizabeth I, Lord Burghley and the Earl of Leicester. With his wealth he purchased Babraham in 1589 from Robert Taylor, who had built one of the finest Gothic houses in the country, within a large park.

Fourways Plant Ltd was ghired to erect support scaffold with a running beam in order for stone restorers to access the building and carry out works.