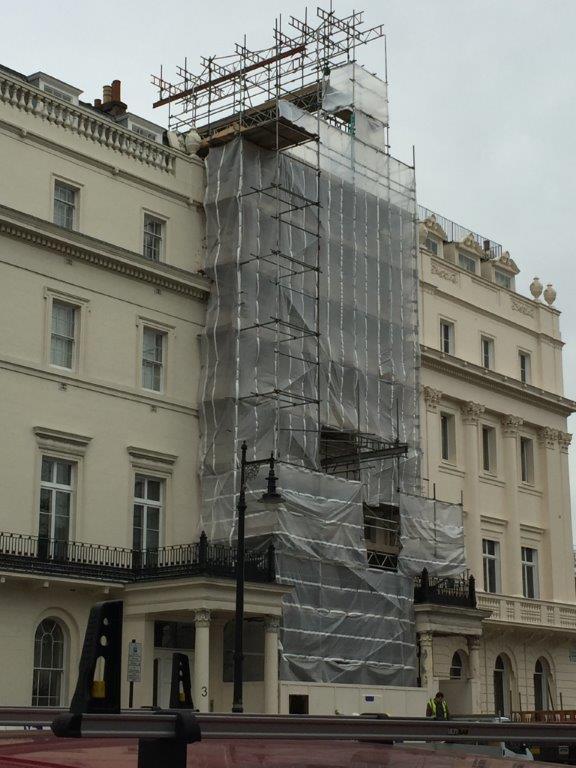 Belgrave Square is one of the grandest and largest 19th-century squares in London, England. It is the centrepiece of Belgravia, and was laid out by the property contractor Thomas Cubitt for the 2nd Earl Grosvenor, later the 1st Marquess of Westminster, in the 1820s. Most of the houses were occupied by 1840. The square takes its name from one of the Duke of Westminster's subsidiary titles, Viscount Belgrave. The village of Belgrave, Cheshire is two miles (3 km) from the Grosvenor family's main country seat of Eaton Hall. Today, many embassies are based in the square.

The developer and principal contractor hired Fourways Plant Ltd to design and erect exterior scaffold for the full height of the building and rear for façade renovation, redecoration and roof access with beam hoist.
Internal crash decks were also constructed throughout the building.